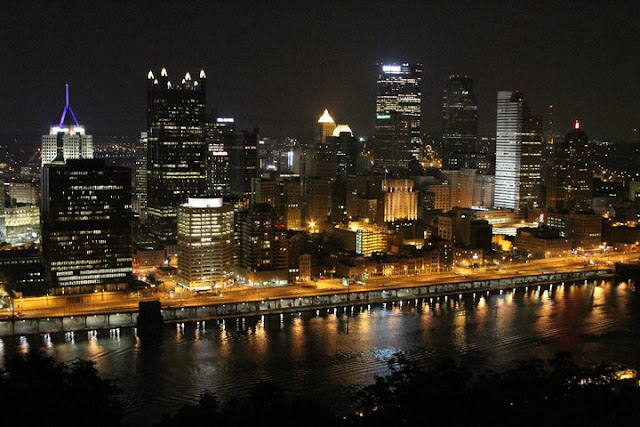 Maybe the prettiest city I've ever laid eyes on! ~ Photo by my amazing sister, Leigh Skaggs.
Pittsburgh, Pennsylvania.  The City of Bridges.  The Steel City.  Home of the 6-time Superbowl Champion Pittsburgh Steelers, 3-time Stanley Cup Champion Pittsburgh Penguins, and the 5-time World Series Champion Pittsburgh Pirates (not to mention 2 pre-World Series wins), though the last time has been since 1979...so come on Pirates, get your shit together.  You know you're from Pittsburgh if you know what a Yinzer, a gumband, a buggy and a jaggerbush are.  My place of birth.
Fortunately, we still have family living in the good ol' Burgh.  So we get to occasionally (though not enough) go up for a visit and hit up all our old stomping grounds.  Many of them food stomping grounds.  I mean let's be honest, there are no two things more nostalgic than food and music.  Ok, at least in my mind.  I hear a song or smell food and I'm taken back to a different place in time.  I can remember who I was with and what I was wearing most times, and that's a large feat for me, seeing as how I have NO long term memory whatsoever.
But back to Pittsburgh.  There's no way in my lifetime I will eat my way through the various foods of this city.  But I have come to know many places that I must hit up each time I visit, and am learning that there are in fact a few, that I don't need to hit up anymore, because the others are just on a different level.  And yes, I am going to catch major hell from my family and friends loyal to the Burgh for this one, so read on if you dare.
Here are some places we went on our trip up for Thanksgiving.
First stop, straight off the airplane, I kid you not...Mike & Tony's.  Home of the best damn gyro you will ever wrap your lips around.  I don't know what it is, I will never be able to explain it, but it's THE best.  Others claim to have the best gyro in town, but they are liars.  And they should be arrested for such bullshit claims. 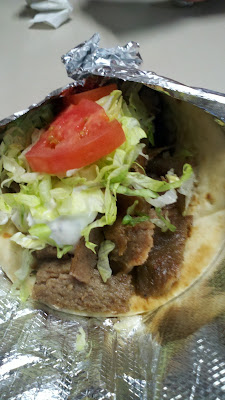 mmmm...Mike & Tony's
After getting full of Mike & Tony's, we usually head to the Strip District.  No, this is not a titty bar neighborhood.  This is a strip of land that is home to many specialty shops and local business owners selling anything from flowers, jewelry and food to Pittsburgh sports teams garb.  There is a little gem of a place here called the Pennsylvania Macaroni Company.  They have more cheese than Kim Kardashian's ass.  More bread than Warren Buffett.  If you need a cheese for the perfect fondue party, they got you covered.  If you ate a cheese somewhere and are desperate to find it, they will find it for you.  And not only will they find it, they will let you try BIG HUGE chunks of their cheese UNTIL you find it.  I'm talking chunks that would cost $3 at the grocery store.  They take good care of their people.  And you'll be called "dear heart" throughout your whole experience by the woman in charge.  And who doesn't want to be called dear heart while sampling some of the best cheeses in the world?? 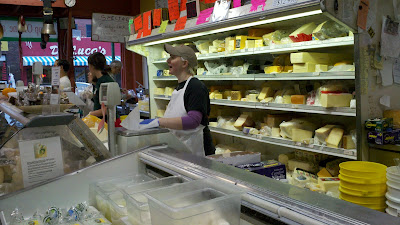 Cheese, glorious cheese!!!! (Pennsylvania Macaroni Company)
Next, we found ourselves at the Breadworks.  They have any bread imaginable.  And it's fresh.  And it's delicious.  And they have salt sticks, which is a roll with caraway seeds, topped with kosher salt.  And I'm a stickler for bread.  And salt.  So I was in heaven eating this little sucker. 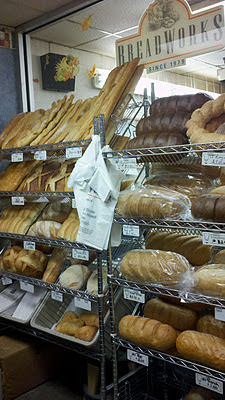 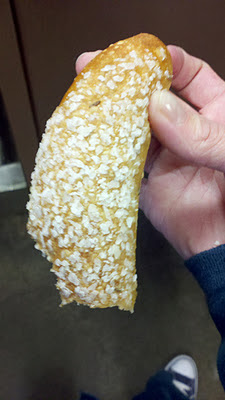 Bread...my favorite thing on Earth. (Breadworks)
The next day, more family had arrived for the Thanksgiving festivities.  First stop...The Original.  It's a hot dog shop in the University of Pittsburgh area.  A small order of fries can feed 3 people.  We got a medium for 6 and were satisfied.  Ok, everyone but my brother-in-law but he's like Homer Simpson.  These fries are delicious.  And they come with cheese sauce and gravy.  And you dip them in the cheese, then the gravy and then you drool all over yourself.  So get extra napkins.  People who don't frequent this place always mess up and get a large fry for 2 people.  A large fry at the O can probably feed the entire homeless population in Pittsburgh.  So make sure you have a big enough stomach to handle the large.  The bathrooms at the O are also an original.  Because they are scary.  Very Scary.  But don't let that keep you from going.  You have to experience the bathrooms to have the full experience of the O. 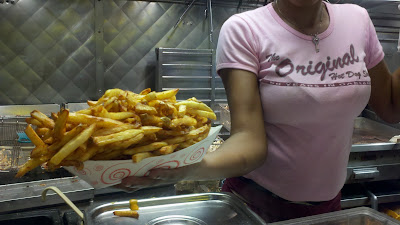 The Original - or if you're a local, the "O".
Next stop...Mike & Tony's of course.  But some of our crew wanted to hit up Primanti Brothers.  Me being one of them.  It had been well over 7 years since I had a Primanti sandwich.  A sandwich topped with whatever meat and cheese you choose, coleslaw and french fries.  It's a Pittsburgh favorite.  It's a Pittsburgh legend.  But in my opinion, it's not the best thing Pittsburgh has to offer food-wise.  If you've never had one, by all means, try one.  But just know, there are MUCH better places for food out there.  Like Wholey's fish sandwich in the Strip District.  Get one of these, you won't be disappointed.  I will say that my cousin swears by the Deluxe Double Egg and Cheese Primanti.  He claims it will change your life...so maybe I'm just ordering wrong.  He's born and bred and still lives in the Burgh, so I trust his opinion. 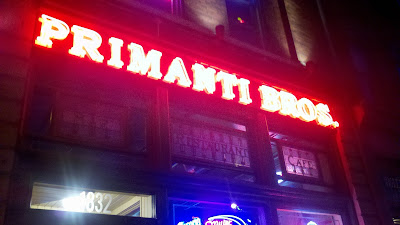 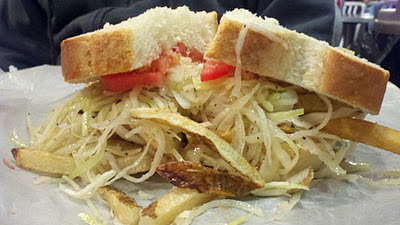 Pastrami Primanti
There are so many great foods in this city I didn't touch on.  Like the Roethlis-burger at Peppi's (wear elastic waist pants for this one).  Obviously I can't touch on all the delicious food offerings in Pittsburgh.  Many of them I have yet to discover.  And this blog would be so long you'd be bored by now (you better not be bored by now).  But these are the go-to's for our family when we visit.  We'd be lost without them.  Our experience in the Burgh would be incomplete without them.  We'd weigh a lot less without them, too.  GO STEELERS!
Posted by Jess at 4:06 PM

Ah, the food of the Burgh. I haven't had it in a long time, but this post of yours has me drooling a bit. I'm going to have to remember your recommendations for my next visit.

Thanks to your dad for posting it on Facebook too. ;)

Thanks for reading Mark! Happy to make you drool!!