My Heart Belongs to a Roni 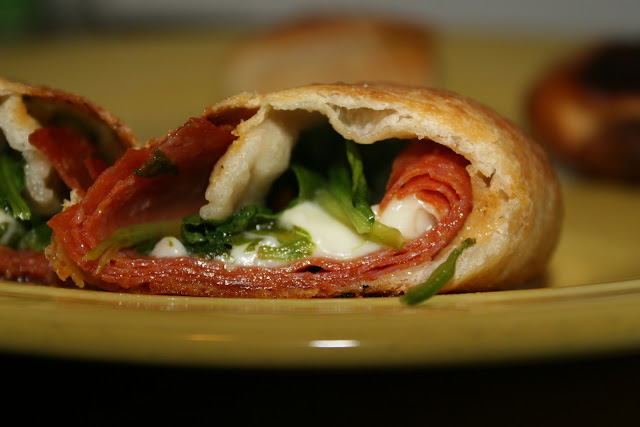 A pepperoni roll, that is.  When my mother told me we were moving to Bridgeport, West Virginia in the 8th grade, I was devastated.  I thought everyone in WV was toothless, wore overalls, straw hats and had pigs for pets.  I was wrong.  Although I kid you not, the first day of school there was one guy wearing a straw hat with overalls.  West Virginia is a beautiful place with beautiful people.  Some of my best friends in this entire world are from West by God, Almost Heaven Virginia.  Sure you have families like the Whites.  But every state does.

There are also a lot of Italians in West Virginia.  I think half of my class had a last name that ended in an O.  Caputo, Oliverio, Dinaldo, Pecarro, you get the point.  Every year they have an Italian festival (also known as the Tally Rally, the Wop Hop and/or the Dago Shenago) in Clarksburg, WV.  Your mouth will meet some of the best Italian food here.

Another beautiful thing that comes from WV...Pepperoni Rolls.  They are made in many different ways.  Some with stick pepperoni, some with sliced.  Some have cheese, some don't.  But there is no denying that they are AMAZING when they have the addition of some Oliverio peppers stuffed inside.  I wanted nothing more than some Oliverio peppers when I made these babies. 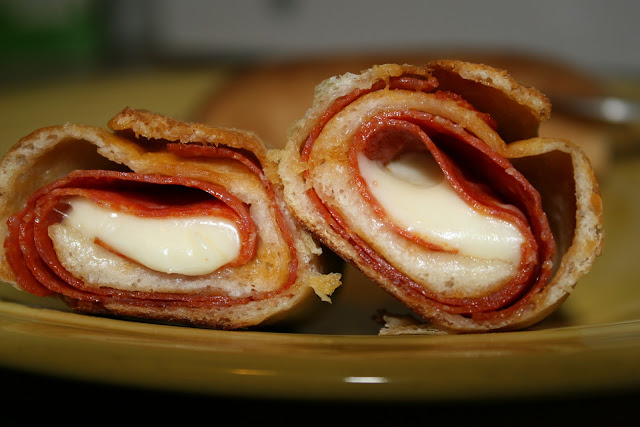 Here's What You Do:
Take the Pizza Dough out of the can (GASP!!!  I know I should have made these puppies from scratch, but I was being lazy).  Cut dough into squares (about 5"x5").  Top each square with about 3-5 slices of pepperoni a half of a piece of the string cheese and roll it up, sealing all ends so the cheese doesn't bubble out. 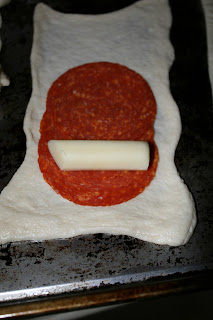 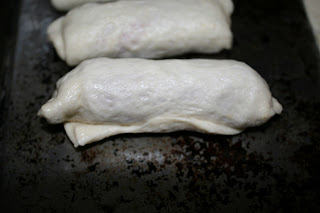 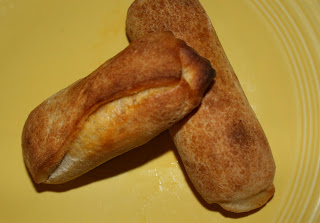 I made a few adjustments and added some fresh spinach to some...hey, it made me feel a little more healthy.  And I know, I know, these are not how they are originally made.  The best roni rolls come from scratch.  But when a girl finds herself outside of West Virginia with no convenience store in town selling pepperoni rolls, you have to get clever...and fast.  And this is how I did it.

The best "rolls" have to be from Colasessano's in Fairmont. Their pepperoni rolls with "sauce" cheese and peppers are the best.

I never had a Colasessano's pepperoni roll. But I definitely trust your judgement!!