Cockroach of the sea, my ass... 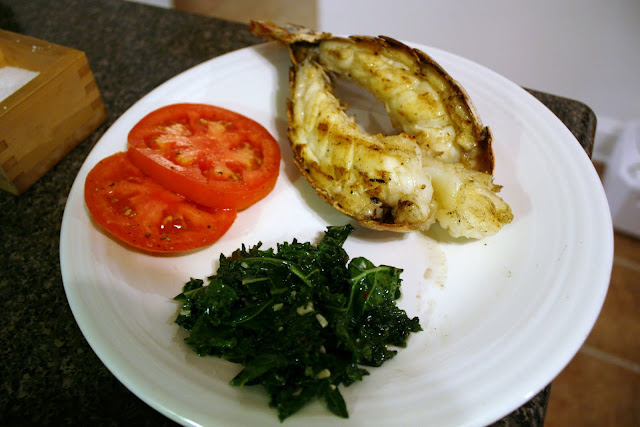 The cockroach of the sea is ok by me!  I will eat lemony, garlicky, buttery lobster off of the back of a hairy, fat, sweaty man, for a mere $20 bucks.  I kid you not.  Present me that situation and I will have a belly full of lobster and a pocketful of Andrew Jackson. For crab legs?  I'll do it for free.   So when I saw these lovely little Nicaraguan lobster tails at a dirt cheap price (I know, I felt a little dirty paying so little for these things, considering what the fishermen go through to catch them), I had to grab 'em.

Lobsters are odd little creatures.  If I found one in my house, I'd be up on the counter with a broom, screaming bloody murder!  They are ugly.  They have many claws and strange little extremities.  But they are tasty.  Back in the old days they were so abundant and so unwanted that they were fed to prisoners and slaves.  Prisoners begged to be fed something different.  I guess too much of anything can get old...quick!  Luckily for me, I only eat lobster maybe once or twice a year.  So it's a real treat when I do.

Here's how I did it:
I got my grill ready by adding charcoal to my chimney (one of the best grilling utensils I own - no more disgusting lighter fluid taste - hooray!) and lighting it.  I cut off all the weird little arm-like doohickey's (I can't believe that's an actual recognized word - doohickey!).  Then I cut the tail right in half, making sure to leave the very tip in place (scissors worked much better than a knife). 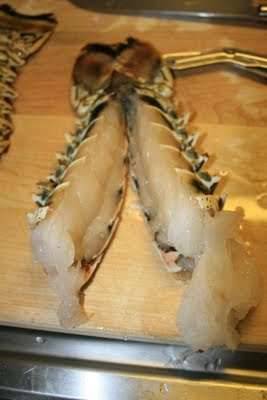 Then I melted some butter and made some garlic into a paste by smashing my knife over it, until it was....well, pasty.  Add salt and pepper to the lobster and brush garlic/butter mixture over the raw flesh.  Empty your charcoal when it's ready and oil your grill grate so the lobster doesn't stick to it.  Slap those bugs on your grill and cook 4 minutes per side...mine were pretty big, so just keep your eye on it. 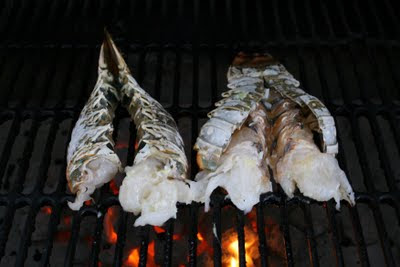 The lobster will be firm and opaque when it's finished cooking.  Squeeze some lemon on it and melt some butter to dip it in.  I served mine with sliced tomatoes and sauteed kale with olive oil, garlic and crushed red pepper.  mmm...mmm...sea cockroach!
Posted by Jess at 1:53 PM

This is such a great resource that you are providing and you give it away for free. I love seeing blog that understand the value of providing a quality resource for free. Pest expert

hi there!! Very interesting discussion glad that I came across such informative put up. hold up the best work pal. glad to be part of your net community.best gmod games

Only a few blogger would discuss this topic the way you do . https://lifeafterbugs.com/mice-rats/

Great article Lot's of information to Read...Great Man Keep Posting and update to People..Thanks net worth