Soakin' Up Some Salmon 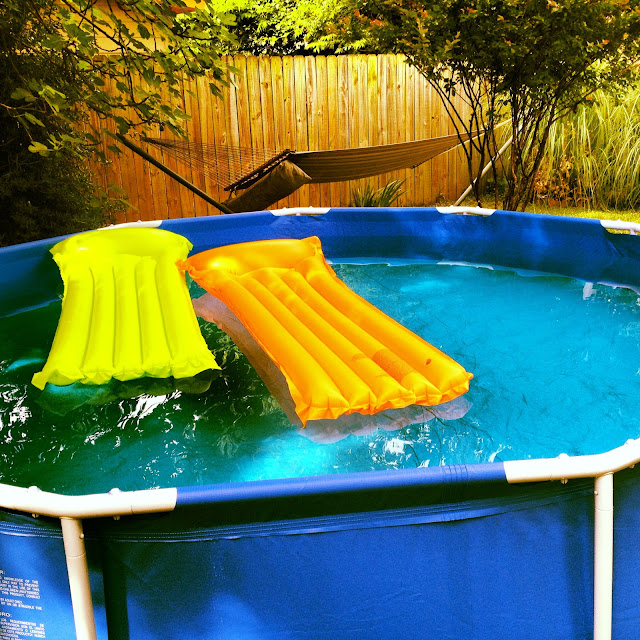 It's hard to live in Memphis in the summertime without a pool.  We joke every Summer that we need to make friends with people with a pool, or with pool access.  We have broken into (and been thrown out of) pretty much every pool this city has to offer.  So it was quite easy to talk one of my dearest friends into purchasing a 11X30 pool via text message last week.  It went something like this:

Ashley: I love Big Lots.
Me: Do they have any swimming pools?
Ashley: Haven't seen any yet, but they have patio furniture.
Me: You should get a pool.
Ashley: I keep finding bigger and bigger pools now.  Not sure what one will fit in my yard.
Me: I think I'd go with the 11X30 (knowing damn well that it would fit us and 2 rafts perfectly!)
Ashley: We got the pool
Me: YAY

So we proceeded to make plans on our next day off, Father's Day Sunday.  My job?  Bring a honkin' piece of salmon over for us to smoke on their Big Green Egg.  Now, if you've never heard of a Big Green Egg, it's basically a big, egg-shaped, ceramic, charcoal grill, that you can also smoke food on and even bake bread on.  It's designed to allow the heat to get up to 1200 degrees.  And they ain't cheap.  And I secretly kicked and screamed, crying that John, Ashley's boyfriend, got a Big Green Egg for his birthday from his parents for FREE. 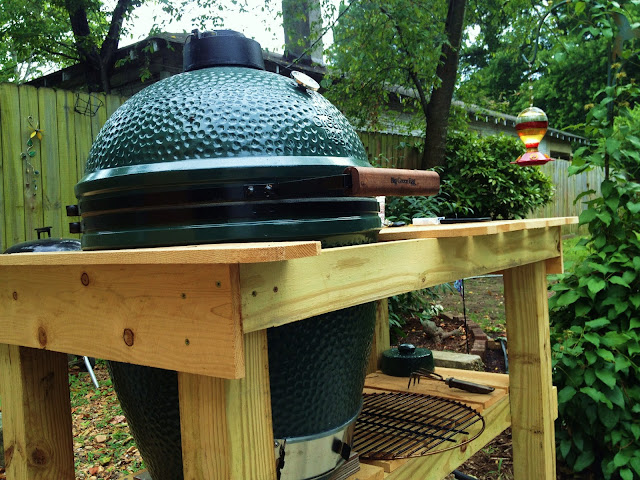 So the plans were set.  We were to wake up at 10 am, go to Costco and buy salmon and cure it for 3 hours, while Ashley and John put up and filled up the pool.  Sounds easy enough right?  Unless you work in the music business and you're Ashley and you set your alarm for 10pm.  So it's not until about 1 o'clock that I make it to Ashley's.  And it's not until about 4 o'clock that we make it into the pool.  And once we get into the pool, we realize it's freezing.  And if there were just a FEW branches trimmed off of the tree in the yard, the sun would shine it's perty face onto the pool and we'd be set.  But there's no ladder tall enough for John to get on the roof.  So we sit in the pool for about 10 minutes (after filling it for 3 hours), fighting to be the one who is standing in the "sunny" spot.  But then the cured salmon arrives.  So we start working on firing up the grill.  Still on the eating schedule we originally planned.  Eating by 6:30.  We start the grill, and let the salmon sit out to form a pellicle (some fancy term for fish to form a shiny skin so the smoke is absorbed better...I read a whole lot about smoking fish before our get together, so I gathered that this was an important part). 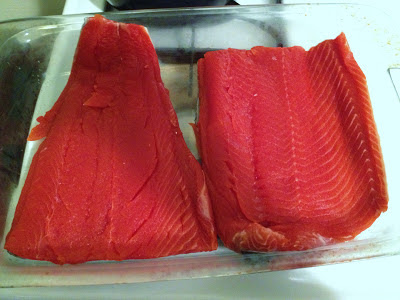 Our pretty little cured sockeye salmon, waiting for its pellicle

Turns out the Big Green Egg takes a lot of Big Ol' Trial and Error.  And since none of us are exactly smoking experts, we had to do many things to a.) make sure we weren't just grilling the salmon, we wanted to smoke that bad boy and b.) to get the right temperature we were shooting for, which was 180 degrees.  So it's now 9 o'clock.  And the salmon has JUST gone into the Big Green Asshole.  And we're all starting to get a little hangry (hungry and angry mixed into one).  And we still have 45 minutes to smoke it, and it's at 200 degrees but we don't fucking care anymore, we just want to eat.  And we're considering just ordering some smoked salmon from the store and calling it a night.  But after about 40 minutes we look into the Big Green Egg-straordinary Failure, and it has produced for us a stunning piece of smoked salmon like you'd buy from the great state of Alaska. 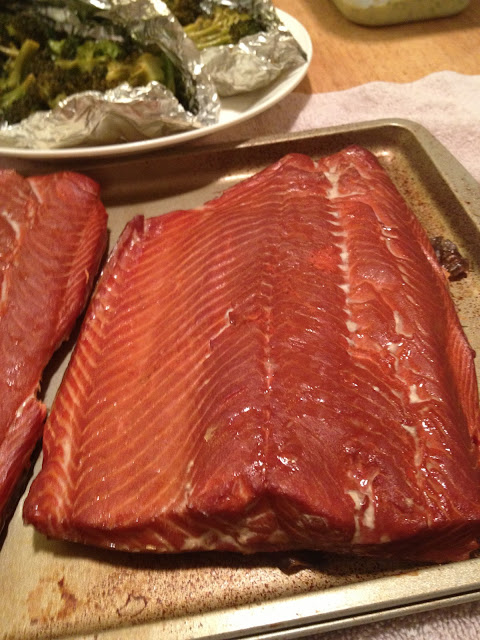 So we bring it in, and like 4 cavemen yielding clubs (except they were forks) we hacked into it.  And it was actually pretty damn good.  The only bad thing about it, was that it was a BIT salty.  But we fixed that by smearing a piece of toast with an aoili I made with chives, tarragon, parsley, mayo, garlic, cayenne and lemon and topping that with the salmon.  Well, that, and we were so ravenous at this point, the salmon could have been jerky and we all would have loved it. 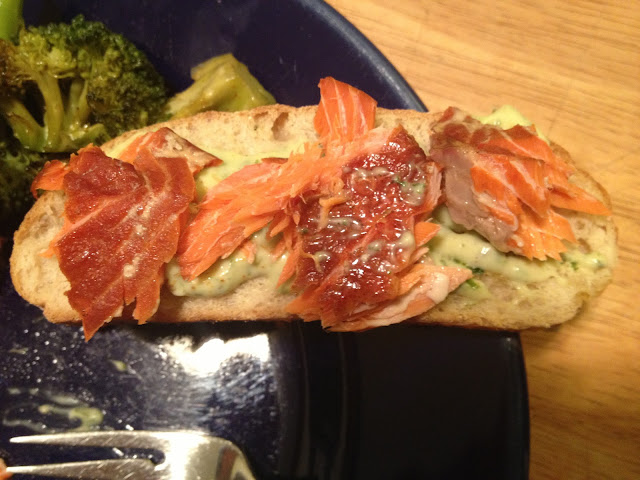 So our idea was somewhat of a success.  We learned a lot.  We know what changes have to be made to produce the PERFECT smoked salmon.  We're no longer mad at the Big Green Egg.  We can't wait to do pizza on it next.  We're super excited to have a pool to soak in during the next few months where wind becomes extinct.  We now know that Captain Morgan is a downer bastard.  We know that we have to get John a ladder to cut down some branches.  We also learned that broccoli is delicious smoked.  And finally, we learned that true relationships can withstand an, "If you open the fucking green egg again you will die!!" comment every now and then.
Posted by Jess at 11:00 AM

ashley said...
This comment has been removed by the author.
11:38 AM

Play immediate video games on website or download full Microgaming software package deal.Top online on line casino video games by whole win of Jackpot City players. Currently, a Microgaming – powered slot holds the report for the highest progressive jackpot ever 메리트카지노 paid to a player. What makes Microgaming casinos stand out from the remainder is truth that|the truth that} they immediately pay out jackpots quite than paying them out in a number of} installments.