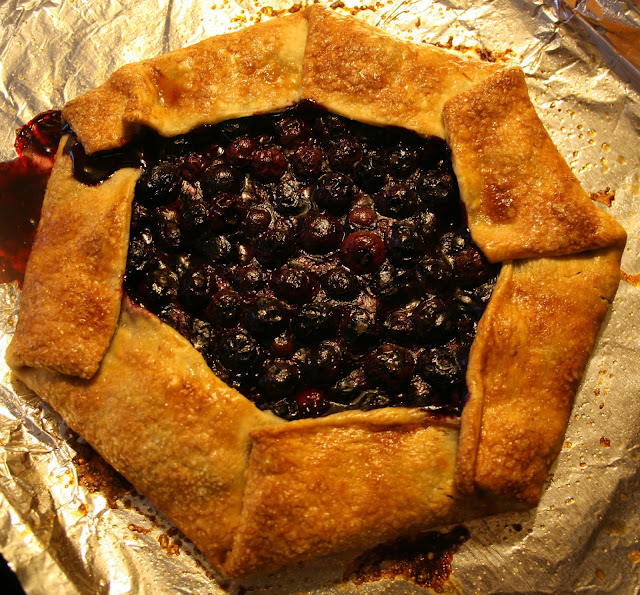 I'm not the best baker.  I fear failure.  I'm too impatient and too meticulous for baking.  I read too far into it.  I over think it.  And in turn, I mess it up.  Cookies don't rise or don't brown, cakes sink, pies burn.  Which is strange because my mom makes the best homemade pies in the universe.  I just do much better when I can throw a bunch of things into a saute pan and brown them.  However, I bought a pint of blueberries for .99 cents at the grocery store that shall not be named (because I despise it) and I had a leftover pie crust from the delicious Tomato pie recipe I made the other day and I wanted to use them both.  I have seen numerous chefs make galettes and they seem really easy to make and you don't have to know how to make them look pretty, like you do with pies, they just do.  So here's the recipe I didn't follow to a tee (although I'm quite certain if you do, it will be wonderful).

Here's What I Did Different:
Obviously, I have already confessed to the fact that I cheated on the pie crust part.  Shoot me.  I fear baking failure.  But I promise to get over that fear, one galette at a time.  I halved the recipe because I only had 2 cups of blueberries.  So instead of trying to get 1/2 tsp. of lemon zest out of the lemon, I just sprinkled the juice of 1/2 the lemon over the blueberries.  And I used cane sugar instead of granulated.  And I obviously didn't have any parchment paper, so I used aluminum foil.  I was a little nervous that the folding over of the crust would be difficult, but it wasn't.  At all.

So there we have it.  It didn't fail.  It's super duper easy.  And it's out of this world delicious.  Especially with ice cream.  Get Geletting. 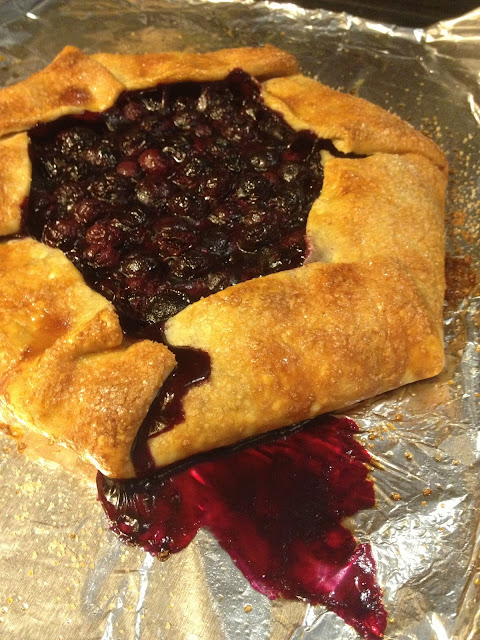 My bleeding galette
Posted by Jess at 8:42 AM

These machines function much like drills with their tooling capabilities encompassing much more selection. 3-axis mills are often simpler to program and function than multi-axis machines. However, some operations additionally be} blocked by the geometry of the half or workholding setup. This makes undercuts and inside complicated geometry difficult to machine. It is feasible Puffer Jackets to manually reorient the workpiece, but this adds time to the CNC machining operation and could detract from the accuracy of the process.