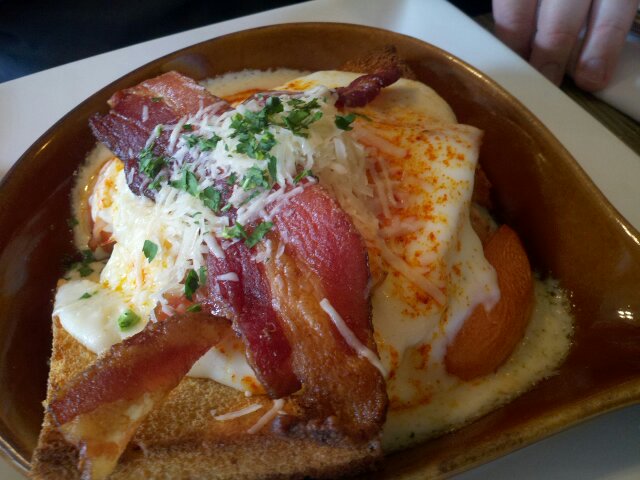 This, my friends, is a little number called a Hot Brown.  It's a sandwich that dates back to 1926 and was created by a man named Fred Schmidt at the Brown Hotel in Louisville, KY. It's an open-faced turkey sandwich covered with tomato and bacon and then smothered with a creamy, cheesy mornay sauce and then baked until bubbly and browned.

I had the pleasure of eating this very hot brown at the Brown Hotel last year on a trip to see Jane's Addiction at the Palace Theater.  If you've never been to the Palace Theater to see a band, do yourself a favor.  It's the most intricately decorated theater I have ever stepped foot in.  It's beautiful.  Here's a picture of the outside. 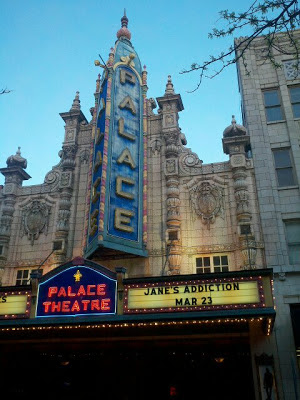 The inside will blow you away.  Trust me.

But back to the hot brown.  It's hot.  It's browned.  And it's delicious.  Make one.  Or if you're having a Kentucky Derby party this year, make a bunch.  Hot Brown with a Mint Julep, can't go wrong.
Posted by Jess at 4:43 PM